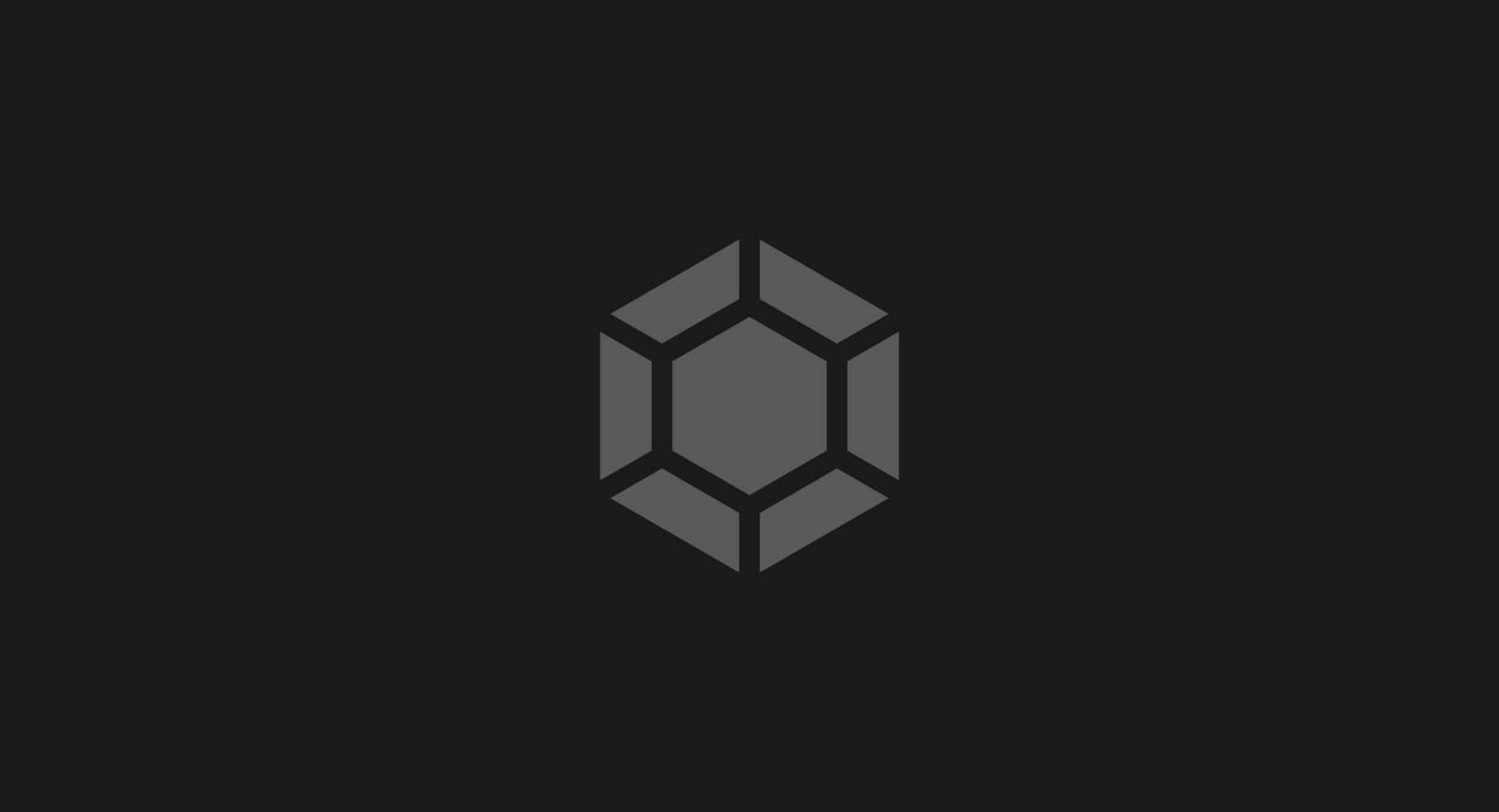 Black gemstones have become increasingly popular in recent years, especially in the fashion world. They are beautiful and mysterious, with a special allure all of their own. You will find them in many top designer jewelry collections from Van Cleef & Arpels and David Yurman to Tiffany and from Leibish & Co., Blue Nile and James Allen and many more online retailers.

Here is our top 16 list of most eye-catching black gemstones, so you can begin to appreciate the variety and unique beauty of these magnificent wonders of nature.

Some of them receive heat treatment to deepen the intensity of their color, so they are not all “natural” per se, but each has its own special characteristics and uses in different types of jewelry.

16 Of Our Favorite Black Gemstones

Here is a list of our favorite black gemstones for stunning jewelry pieces:

Whilst some may argue that a black diamond is not “real” because it is commonly heat treated to bring out a more intense and even level of color, nevertheless black diamonds originally come from the earth and develop in exactly the same way over billions of years underground as do other real diamonds.

In their natural form black diamonds have so many inclusions and blemishes that they look completely different from the typical white, colorless diamonds we all know and love. They occur as a type of black rock called carbonado and because their inclusions contain a high level of graphite, they have a much darker color. Black diamonds are found in the Central African Republic and in Brazil; they are rarer than white diamonds and therefore natural black diamonds are more valuable, though more affordable when heat treated. They are also are less in demand than white diamonds.

A wide selection of black diamond can be found at James Allen.

Although not considered a “precious” gemstone, black onyx is a fascinating, so-called “parallel-banded” stone, of the silicate mineral chalcedony variety. It commonly has bands of black and or white but can come in almost any color. It has been in use since early Egyptian times for pottery and later by the Ancient Greeks and Romans both in jewelry and as a healing crystal. Onyx is often found in cameos, intaglios and ancient carvings.

Today, most of the onyx available is polished, heat treated or dyed to give it a more uniform, reflective color, and it is highly affordable. Look for it in earrings, necklaces and especially in men’s rings because of its stark, masculine look.

Black sapphire is formed from a type of mineral called corundum. It is created within the earth’s surface and gets its color from the impurities that are present during its formation.

Most black sapphires come from Australia and are available in large quantities, hence they are considered of lower value than other gemstones.

However, you will gradually see more black sapphire jewelry coming onto the market because it is affordable, exceptionally durable and because of the increasing desirability of black gemstones in general.

Black star sapphires are a rare variety of opaque sapphire that show what is termed an asterism under direct lighting. This is a type of six-rayed star that appears on the surface of the stone when it is tilted and moved under a light source. They can come in larger sizes, so they’re perfect for oversized rings and pendants. Black star sapphires are also a popular choice for men’s jewelry.

Black Jasper, also known as Blackstone or Basanite is found in Russia, Indonesia, South American, Australia, Egypt, Madagascar and the USA. It is an opaque gemstone that is part of the chalcedony group of minerals and it is available in many different colors and patterns. These stones are sometimes carved, and seldom faceted.

Jewelry use of jasper goes back into the early history of civilization and nowadays, you will find various forms of it made into decorative objects, such as ashtrays or bookends. It is also widely used in modern jewelry and, if you are a follower of healing crystals, is considered to have healing powers to help your base chakra and keep you grounded.

Black spinel is a gemstone made of magnesium oxide and magnesium-aluminum oxide. It is one of the rarest and most valuable of all gemstones. Opaque, lustrous and vitreous, black spinel can be cut into many different types of faceted shapes and its durability makes it a great choice for jewelry. Black spinel sometimes displays asterism, a six-rayed star that appears on a stone’s surface when moved under a light source; these types of spinel are considered rarer and more expensive and are cut in cabochon to show off this special feature.

The best black spinel does not contain any inclusions, so it does not need heat treatment. Find it in all kinds of rings, necklaces, bracelets and pendants. It looks particularly magnificent when set in a halo of white diamonds, as do many types of other black gemstones.

Black tourmaline is available in large quantities from mines around the world, so it is affordable on almost any budget. It is glossy and lustrous, smooth to the touch and sometimes has dark blue undertones. The term “tourmalinated quartz” is used when needles of black tourmaline are found within quartz.

Black tourmaline comes in all shapes and sizes, so it is perfect if you are looking to purchase a large “statement” piece of jewelry. It is versatile and can be faceted in different cuts and into a cabochon. With good durability, Black Tourmaline is ideal for all types of everyday jewelry. It is not a widely prized gemstone due to its abundant availability, but it is a beautiful, durable stone with many uses, nevertheless.

Want to know which black gemstone is more expensive than a diamond? Meet the black opal. It is formed when water running through the earth picks up silica from sandstone, carrying it into cracks caused by natural faults. This process repeats over very long periods of time until it forms into an opal. Most of the world’s supply of black opals comes from Australia. Although opals mostly come in white, the black ones are the rarest and therefore prized as the most valuable.

Although opals are a relatively soft stone – and therefore prone to damage – they are seen in all kinds of different jewelry including rings and earrings, simply because they are so beautiful.

Although you may think of pearls are exclusively white, they are not. In fact, pearls come in several color – including black. They are produced by the black lip oyster Pinctada margaritifera, which produces fewer stones than other types of oysters, so the resulting black pearls are very rare and very expensive.

Tahitian pearls – as they are commonly known because they are found around the French Polynesian island of Tahiti – are actually dark greenish in color. Black Akoya and black freshwater pearls are not natural and are dyed to enhance their color so they will be a purer black in color.

Not practical for everyday use due to their softness, black pearls are among the softest gemstones, but their stunning beauty makes them highly prized among collectors and jewelry enthusiasts alike.

Tip: How can you tell if a pearl is real? Rub it against your teeth. Real pearls will have a slightly gritty feel.

Serendibite is an extremely rare precious gemstone which was only recently discovered. It comes in either dark green, light yellow, dark blue or black. Green serendibite was found in 1902 in Sri Lanka and was named after the old Arab name for Sri Lanka – Serendib. It was thought that this was the only source for this rare gemstone, but in 2005 deposits of black serendibite were discovered in Myanmar, so this is where much of it comes from.

Cut stones of black serendibite are generally small and very rare. Count yourself lucky if you have some!

While known mostly for their red color, garnets are also available in black. These include melanite and andradite garnet, which is also known as “titian andradite.” In its opaque glossy form, garnet can be easily mistaken for other black gemstones such as black spinel and black sapphire. Its mineral composition, however, is entirely different. Black garnet gemstones do not need to be heat treated or irradiated as this has proven to be ineffective for this particular gemstone.

Beautiful and relatively affordable, black garnet is well worth a second look.

Often confused with cubic zirconia, which is a low price, artificial stone, zircon is a real gemstone belonging to the group of nesosilicates.

Its chemical name is zirconium silicate. As it also looks surprisingly similar to diamond with similar flashes of brilliance and fire, it is often used as a diamond simulant and is an excellent, lower priced substitute. Zircon comes in a variety of colors such as red, yellow and green but is also available in black.

Although of gem quality, zircons are abundant, so are relatively inexpensive.

Black star diopside are black stones that reflect a four-rayed star image, as opposed to the black star sapphire, for example, which casts a six or twelve- rayed star. Also called Black Star of India, the black gemstones come mostly from India. Black Star Diopside is generally carved into a cabochon to accentuate its unique look and characteristic asterism.

Though commonly thought of as white, moonstones are also available in black, which are the rarest variety. Black moonstones are part of the group of minerals called feldspars, along with sunstone, oligoclase and andesine. The black semi-precious stones are not necessarily entirely black but may have tones of grey, beige and white.

The beryl family of gemstones includes emerald and aquamarine. While red beryl is rarest, the black beryl gemstones are also very rare, with small supply coming from Mozambique and Madagascar. Its unusual coloring is due to the presence of black spinel inclusions. Black beryl is very hard, so it can be used in all types of jewelry, rings, earrings, necklaces, brooches and bracelets. Dark beryl frequently shows a “star effect”.

Jet is actually an organic variety of coal and is also known as black amber. The term “jet black” was named after this stone. Jet has been used for making ornaments and jewelry since the Neolithic age. If you are familiar with British history, you will know that jet gained popularity when Queen Victoria began wearing it as part of her mourning jewelry after the untimely death of her husband Prince Albert in 1861. Jet is found in the UK, Spain and other sources around the world.

Jet is easy to carve, but not a durable everyday gemstone. It is often found in large beaded necklaces, cabochons and carvings.

Interesting point: if you light it, jet will burn and smell like coal. Not surprising.

Hematite is an iron ore that has the same structure as ruby or sapphire. It is found in a variety of colors that range from dark red to grey, silver and black. Hematite is harder than pure iron. It is often carved, but rarely faceted. For jewelry purposes it is made into cameos, beads or cabochons.

If you’re interested in black gemstones, you can quite a few options to choose from – and the above list is by no means comprehensive. Other lesser-known black gemstones sometimes found in jewelry, include cat’s eye scapolite,obsidian, rutile quartz and benitoite.

Edgy yet elegant. Dark and enigmatic. Mysterious and moody. Cooler than cool.

Black gemstones are all of this and more.